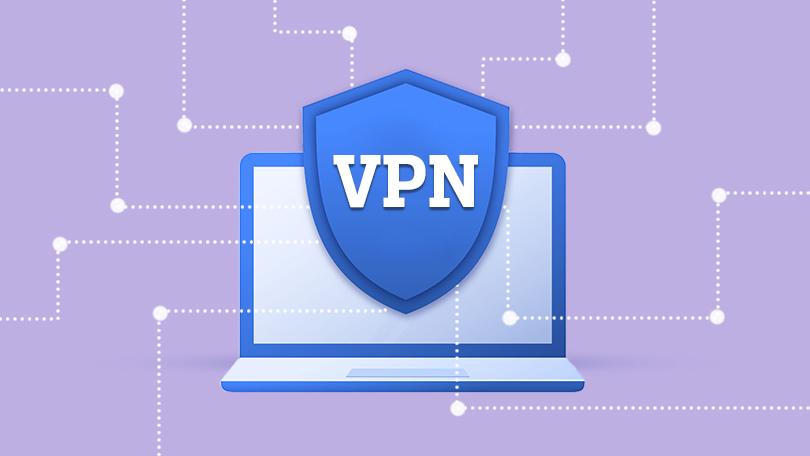 What is a VPN

VPN stands for Virtual Private Network. Traffic on this network is securely encrypted, thus this traffic/data remains private through its journey. This means that the data is unreadable to the likes of hackers and such.

Types of VPNs and Examples

There are two main types of VPNs that are used in practical settings: site-to-site and remote access.

According to Cisco, remote access VPN "securely connects a device outside the corporate office." For example, in office settings, remote access VPN allows people to, well, work remotely. That means that they can access a company's data and resources while it remains secure, even if the employee uses public wifi. Another example of remote access VPN that most of us have seen is UMD's DUO access system—think about it! ELMS is like our corporate office, and DUO protects that information, so that even when we access it on a public wifi (easily accessible by hackers), our information remains secure.

Cisco says that site-to-site VPN "connects the corporate office to branch offices over the Internet." For example, in office settings, this means that simply through the use of a router with an active user connection profile, "mini offices" can be set up outside of the main headquarters, which allow them to access the information of the HQ network, securely. This would be like a clothing shop setting up a mini pop-up shop in a mall, but still needing access to the company's database.

Understanding VPN requires an understanding of IP Addresses. An IP Address is a number that is assigned to each and every computer that in some way, shape, or form accesses the internet. It's called an IP address because it acts as just that—an address. If someone knows the IP address of your computer, they can find out where you're located, block you from visiting their sites based on certain locations, and hackers can even take over your computer just through your IPA. This is exactly what VPN works against. It temporarily "changes" your IP address, or masks it, so that the server thinks that your IP address is somewhere else (though not actually possible). Combined with data encryption/encapsulation, VPNs can boost security and reduce cyber crime, if used in the right way.

In a non-corporate sense, a VPN can be used for privacy reasons. Even if you're just a regular person browsing the web, a hacker can use your IP address and find your entire browsing history based at that address. Of course, this is not ideal, especially if you have things like bank statements, bills, etc. This is where you might want to use a VPN and temporarily mask your IP address, as to not be the victim of fraud. For example, if you pay off a credit card bill in a coffee shop on their public wifi, this is EXACTLY what cybercriminals are looking for. Without a secure VPN, they will be able to access your data (though your bank is probably smart and uses a secure VPN already). 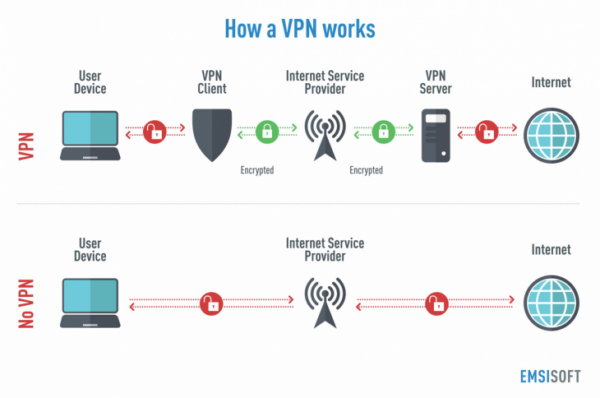 Plausible solutions to the limitations

The use of an Integrated VPN/Firewall would increase performance outcomes because the network would focus on decreasing congestion or networking issues. This would also increase the strength and reliability of the system to hold threats to a minimum.

Cybersecurity has become a significant issue in the past decade, as more and more of our personal information is accessible on the internet. In the past, most viruses were designed to just damage your computer as hackers had few ways to take advantage of the viruses. Nowadays, while accessing your device means being able to view your bank accounts, social security numbers and very personal documents, hackers want to enter your device without being noticed, copy everything you have, and use those data for their own dishonest ends.

There are so many ways to hack or gain access to a device, that it's best to have a secured server between you and any entity that wants your money or your life. The only difference between the thieves who claims money or threatens your life and the hackers, is that these days you won't even hear a question and they will probably take both your money and identity. Your bank details contain more than enough to steal your money and identity. With VPNs, instead of your personal firewall, you will be protected by huge servers with multiple security protocols, but to do so, You will need to select the best VPN available in order to take full advantage of it and browse securely.

Trusted VPNs increase the security of your online connectivity, transmitted data, financial transactions, and personal information, no matter where you are. They work by using a tunneling protocol that encrypts packet contents and wraps them in an unencrypted packet.

Important features of a secured VPN

Some trusted VPNs to use

If you don't use a VPN service to protect your online privacy, you're certainly at greater risk of cybercrime. The VPN service ensures that you can achieve maximum privacy, even with the simplest configuration.

In 2013, a family in Texas experienced an unusual baby monitor hack. A voice screamed through the monitor for the child to wake up and the voice also insulted the parents. The monitor relied on internet connection and using a VPN would have decreased the risk for this type of hack.

A man named Sherjeel saw the direct effects of not using a VPN. So much so, that he recommends that everyone use a reliable VPN when accessing public WiFi at all times. According to Sherjeel, hackers lured him to a fake page where he ended up logging into two of his credit card accounts. Later, purchases from all over the world started to come in on his credit card. Sherjeel noted that he was nervous and frustrated throughout the process. This story shows the importance of using a VPN because, without one, you are more likely to be a victim of cybercrime.

Sometimes, an ethical hacker can show just how risky public Wi-Fi can be. Maurits Martijn, a Dutch journalist at De Correspondent, was an ethical hacker that hacked a Starbucks. From his laptop within the shop, he was able to see a lot of data about what people were doing on their devices. For example, he could see the apps they had, the games they were playing, and shockingly—even passwords to sensitive information. Martijn shows us that it is not even that difficult for a hacker to get access to all of this information: the equipment to hack can be easily under a hundred dollars and the hacking itself took minutes. The lesson to learn from this is cybercrime is very easy to pull off. VPNs can prevent a person from becoming a victim.

What is a VPN